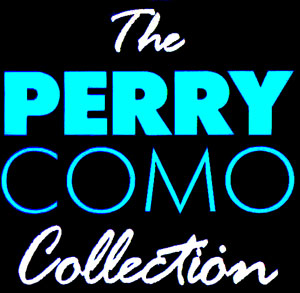 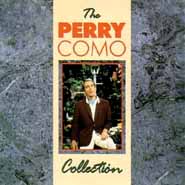 ALBUM NOTES ERRATA & ADDENDA
Perry recorded 'Catch a Falling Star' and 'Magic Moments' in late 1957 followed by an early release in 1958.
Both songs were very popular in 1958 both domestically and internationally. The song 'Catch a Falling Star'
holds the distinction of being the first R.I.A.A. ( Record Industry Association of America )  Certified Gold Record
ever issued as well as the first Grammy for Male Vocal Performance in 1958.
Both 'Kewpie Doll'  and 'Delaware' were popular singles for Perry in 1958 and 1960, respectively, but neither
of these songs were certified  as a Gold Record by the R.I.A.A.  Perry's choral director, Ray Charles, sang with
him on 'Kewpie Doll" albeit not credited on the label or listings. Since record sales for this song were estimated
at approximately three quarters of a million, Charles is said to have joked with Perry that he deserved
a 'three-quarter' Gold Record for his contribution. Since Gold Record Certification must be applied for by the
artist or label, it's not known whether these songs achieved a sales level meriting that distinction or not.
Perry had a reputation for downplaying his popularity and so he rarely requested R.I.A.A. Certification
for his recordings.
Even though he did end his weekly television series at the completion of the 1962 / 1963 season,
Perry's television specials continued throughout the remainder of the decade on a regular basis,
first bi-monthly, then monthly, then quarterly etc., for the next twenty-five years. It is a widely held
misconception that Perry retired in 1963. Throughout the decade of the sixties he recorded no fewer
than ten RCA Victor albums representing some of his finest work. Five albums with the production
team of Hugo and Luigi are Como classics as are some of the most beautiful albums he ever recorded
with Nick Perito and Andy Wiswell between 1965 and 1970. Perry's first Nashville album from 1965,
recorded with Chet Atkins, Anita Kerr and many of the finest musicians ever assembled in one place
for the so-called 'Nashville Sound' was an absolute tour de force by any measure. Perry's recording
career during the 1940s and 1950s was dominated by singles but beginning in the late 1950s, and
forever after that, his greatest performances were within the many albums he recorded. To suggest
otherwise is a serious misconception.
Although it has been stated that Perry's appearance in Las Vegas was his first 'live' performance
in more than twenty-five years, this is not entirely correct either.  While it is true that Perry did not
perform Las Vegas style concerts, he was generally known to prefer both live performance and
broadcasts for his many television specials at various points throughout the country and internationally
as well. His penchant for the understated has fooled many people.
George Townsend, 2003
Webmaster 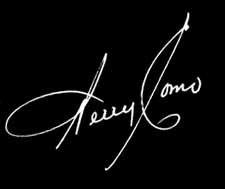